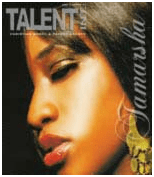 “I used to watch Mariah Carey, Whitney Houston & Beyonce Knowles on television and I figured I could sing like that” says South Africa’s hottest new talent, Tamarsha.  Music has been the central theme in the life of this 19 year old young woman for as long as she can remember. And now the multi-talented singer, songwriter, poet & musician is fulfilling her childhood dreams and ambitions.

Born and bred in Durban her desire, passion and determination to make it beyond the South African music industry is greater than her love for anything that she’s ever done.

An interpolation of African & Asian rhythmic melodies in hip hop/R&B  are indeed a rare combination in the genre. Tamarsha’s ‘Got 2 get it’ album ushers a brand new flavor of sound into what stands as commercial hip hop/R&B to date, thus sets up a fresh stylistic approach that Africanize this mainstream urban brand.