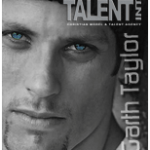 Garth Taylor
“Music is a universal language that knows no boundaries” is what Garth Taylor believes.

Multi-talented is the word that best describes this adult contemporary artist.
Taylor writes his own music & lyrics.
He plays most of the instruments on his songs.
He produces engineers and mixes his albums
and all of this is self-taught!

Taylor’s focus for 2008 is on recording his new album ‘Stripped Down, Soul’d Out’.
This album sees Taylor going back to his roots.
He will focus on creating music that is true to his soul and reminiscent of his debut single, “Why”.
“Why” remained at #1 for five consecutive weeks and is now a classic being on radio for 10 years.

Taylor’s hits include “I Love The Way You Don’t”, “Revolution”, “Tonite” Everyday” and his cover, with Melanie Lowe, “Islands in the Stream”.

His music has matured.
It has also remained true to what fans can expect from him, including overtones of jazz, soul & afro-pop.Garth has shared the stage with industry greats, both local & international, such as Simply Red, Shaggy, Jonathan Butler and the late Brenda Fassie.

Garth recently relocated to Johannesburg from Durban.
Garth has created a first-class 5 -piece band with whom he performs in and around South Africa. July 2008 saw “The Garth Taylor Band” representing South Africa in Spain having 4 outstanding shows, one of which was for Mrs Nelson Mandela’s birthday party.

Garth’s dedication and experience give him tremendous presence on stage.
Crowds experience a mind-blowing, memorable experience at every performance.
Passionate and talented, his strong vocal delivery and energetic dance moves draw crowds wherever he performs.

Garth always finds the time to help raise funds and awareness for foundations that care for abused children.
These include SA for Kids and Bobbi Bear.
The proceeds of his CD single ‘SA For Kids, Celebrities Against Abuse’ were donated to this charity.
Other charities that he supports include CANSA & CHOC & SPCA.